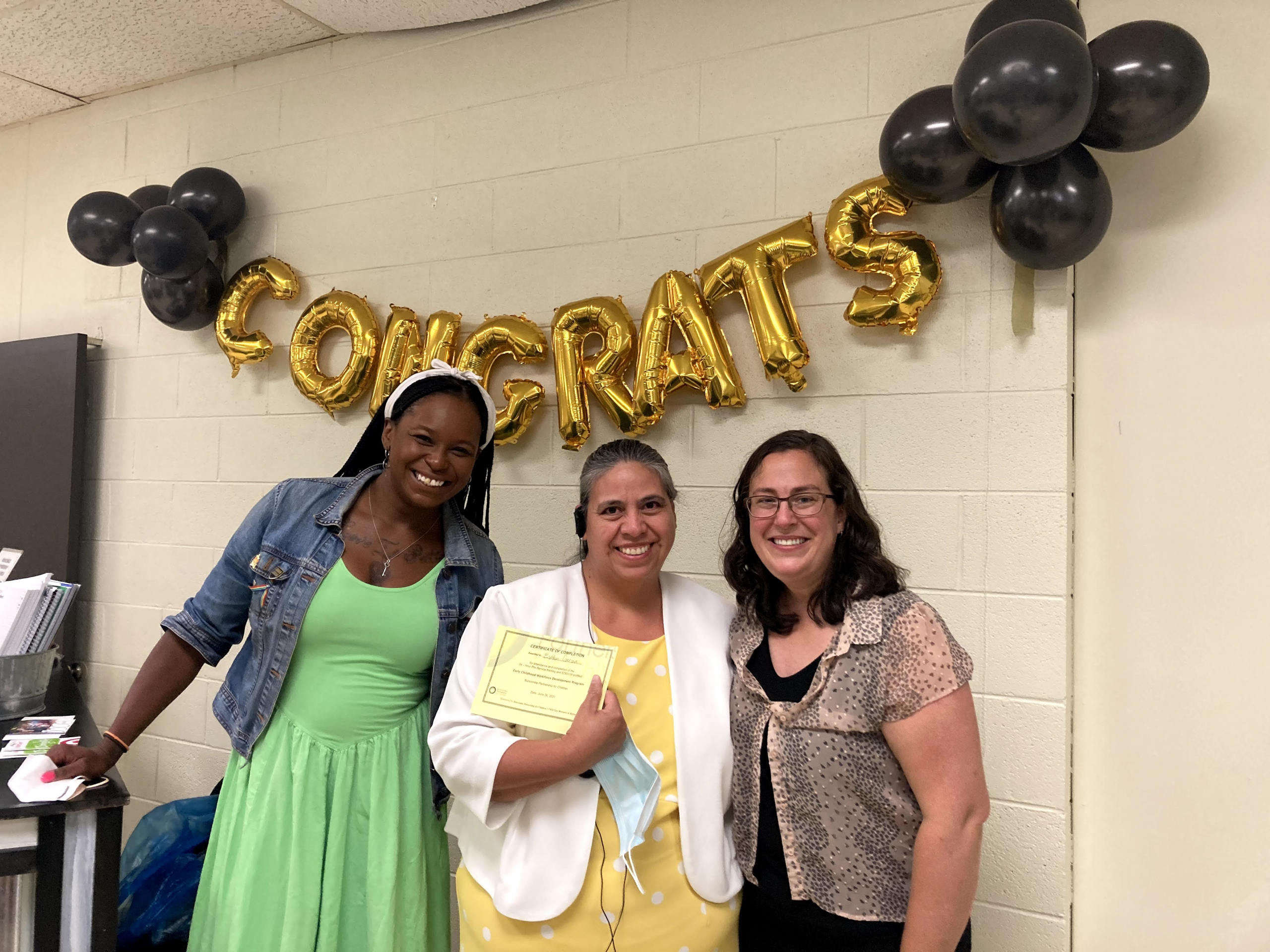 Esther (center) moved here from Mexico with her husband and her young daughter in 2003. She loves everything about Asheville – the climate, the people, and the opportunities. Her daughter had been in preschool in Mexico but had to wait a year before going to kindergarten when they arrived, so Esther took over her education. She wanted her daughter to excel in Spanish and English. Next, she started running children’s activities in her home in Spanish and English to help other children from immigrant families be ready for school.

After a number of years working in the service industry, a friend of Esther’s told her about our Workforce Development Program and she called us up. She went through the course we put together with Blue Ridge Community College and became a substitute teacher at Verner Early Learning Center.

After the staff there got to know her, she was hired full time in the infant room. In Buncombe County, we only have enough childcare spots for 8% of infants and new teachers like Esther are a big part of the solution to this problem.

Esther tells us that she loves her coworkers, the children, the kitchen staff, and the beautiful environment. Now that her daughter is grown, she says that she’s fallen in love with working with young children again – interacting with them and learning more about their development.

After completing her first year full time, she received a $4 per hour pay increase and she’s looking forward to continuing in early education and continuing to earn more. All the while, she and her fellow students in the Workforce Development Program are a key part of meeting the need for children to be able to learn well from their earliest ages and parents to be able to work and raise resilient families. 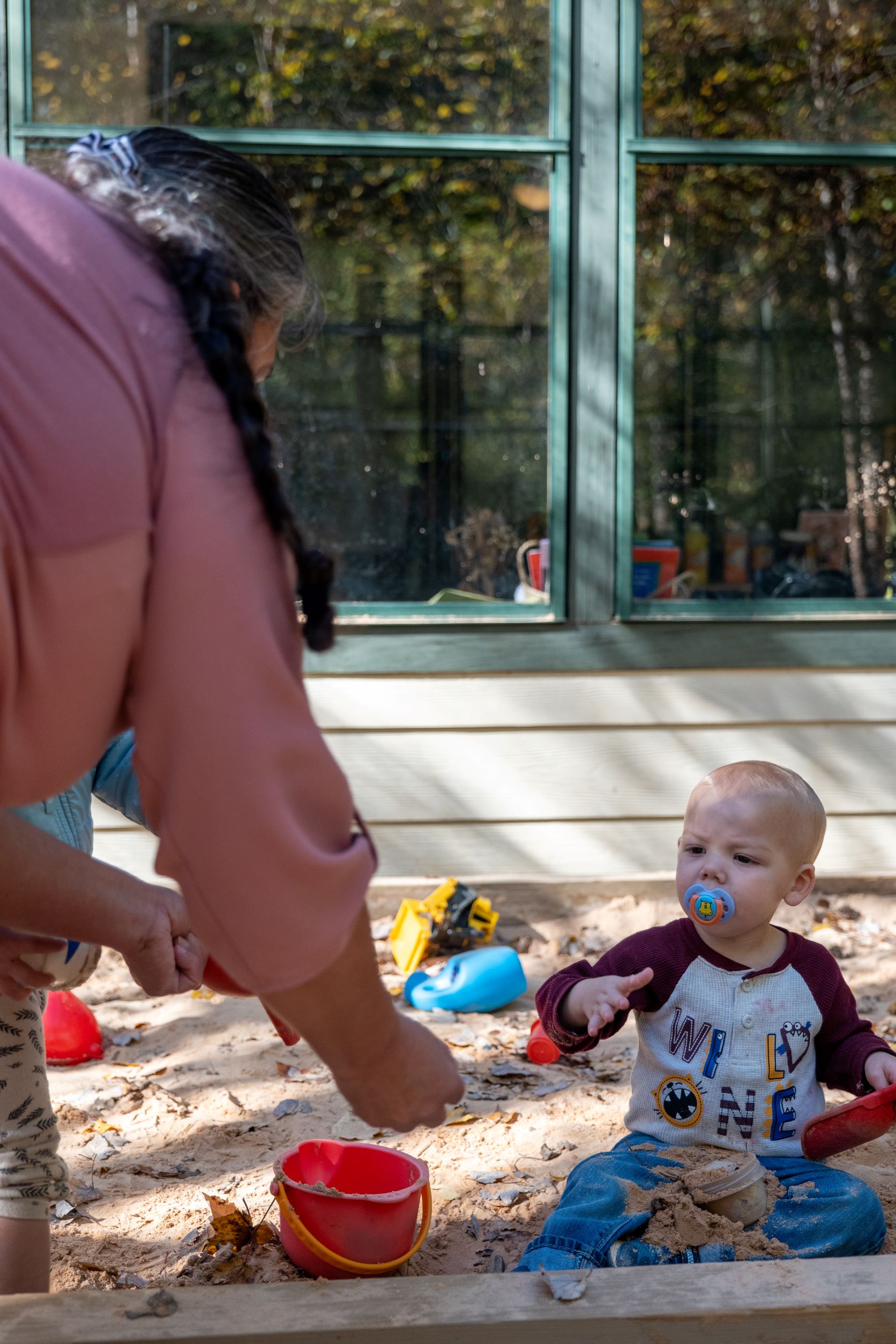